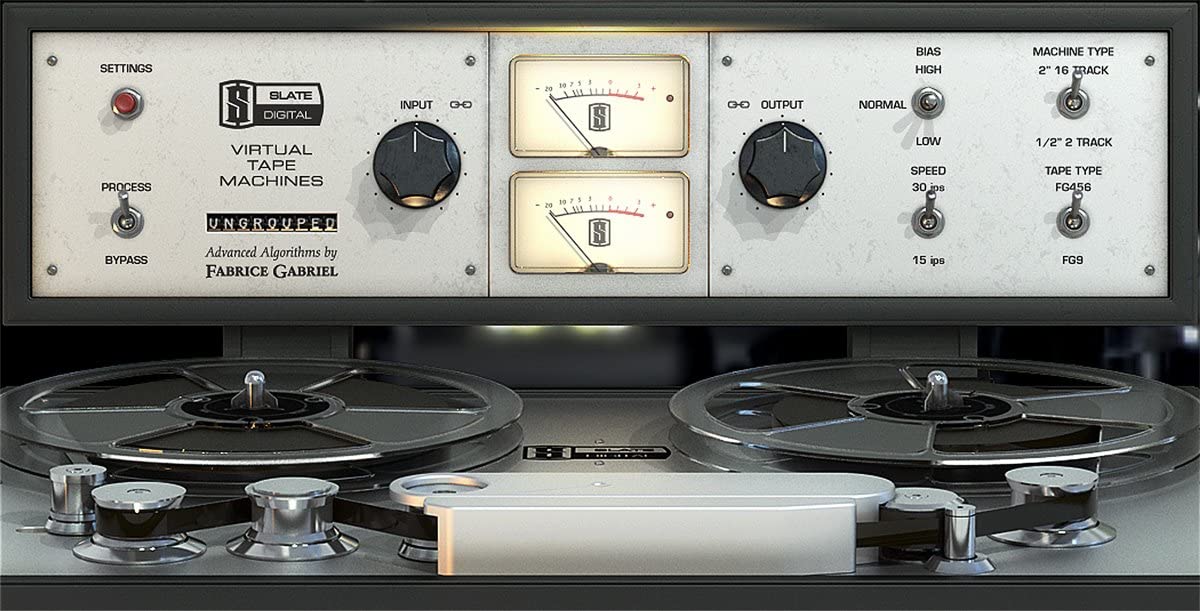 Digital recording is now the standard for professional music production. But many engineers and musicians long for the days of analog recording, and for good reason.

Analog Tape Machines have a SOUND.

Big, fat, warm, deep, rich and exciting are just some of the terms used to describe what recording onto a piece of magnetic tape sounds like. To those that know, tape is simply more musical.

To capture the sound of tape is to capture a living, breathing sound that dynamically reacts to the music going on to it. Slate Digital Chief Technology Officer Fabrice Gabriel utilized his electrical engineering degree as a foundation for a comprehensive study of the physical processes that occur when recording to analog tape through a tape machine. What began with science led to Fabrice’s discovery of the seemingly magical properties of tape, and inspired him to create his most advanced and dynamic algorithms yet. Two industry-standard machines were precisely modeled, after which followed a year of critical listening and algorithm tweaking, with some help from the expert ears of Slate Digital CEO, Steven Slate.

With models of both a 2 inch 16 track from NRG Recording, and a ½ inch 2 track machine from Howie Weinberg Mastering, the VTM will give your mixes an absolutely authentic analog vibe that will take your mixes to the next level. With added dimension, fatness, depth, and warmth, you’ll wonder how you ever mixed without it!

* No iLok Driver is required to run.
* Our release loads faster and uses less memory than original.