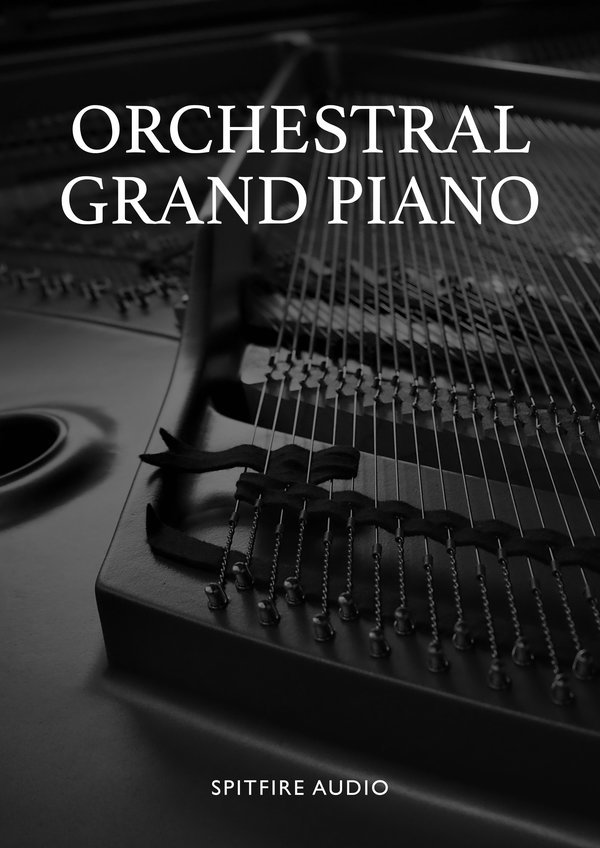 At last, a grand piano that actually sounds like it’s in the same room as your orchestra. Recorded in the world famous Hall at AIR Studios where we recorded our Symphonic and Chamber ranges, this exquisite Steinway Model D concert grand piano is designed to fit perfectly with our symphonic and chamber ranges. A classic, versatile instrument ideal as a concerto style lead, while also perfect for adding texture to your scores.

Orchestral Grand Piano gives you a realistic contextual piano, designed specifically to fit within your full orchestral arrangements. The piano has been expertly recorded in The Hall at AIR Studios, one of the greatest studios in the world, and the same space as our Symphonic and Chamber libraries. When blended it will sound like it is among the orchestra, impossible to recreate by taking a close mic’d piano and adding reverb.

Pianos tend to be recorded in a very scientific manner which is why, for larger orchestral mockups and realisations, they can often be very difficult to blend in and mix. To overcome this hurdle, we simply recorded the piano as we have the rest of our modules, with mics placed as they would be for any orchestral session. The end result is a piano sounding as it would for any of the great film scores recorded at AIR Studios.

Every note was recorded by AIR Studios’ expert resident engineer Jake Jackson using an array of priceless vintage microphones via Neve “Montserrat” pre-amps and a beautifully serviced Studer 2” tape machine, then into digital at 96k via the best Prism AD converters.

The library is presented with four microphone positions which you can not only mix and blend to fit the application you’re working on, but also automate for dramatic shifts in focus and depth. They’re also fully output assignable for surround and 5.1 use. The library was recorded both to Tape and Digital at the same time, so you have the option to switch between the rounder, fuller tone of the Tape source, or the slightly brighter, more brittle sound of the Digital source.

v2.0 (March 2014)
– ADDED: New Mic Mixer presets functionality. Copy/Paste mic settings between open patches or save them as NKA presets.
– ADDED: Velocity response option to the mixer menu (switch between linear, shelf, exponential and logarithmic).
– ADDED: New articulation switcher system from the latest BML codebase.
– ADDED: Ability to select and layer multiple instruments at once by holding SHIFT when clicking the instrument icon.
– ADDED: COG is now part of the main patches
– ADDED: Harp updated to use UACC v2 (see http://spitfire-webassets.s3.amazonaws.com/pdfs/UACCv2spec.pdf for details)
– ADDED: When in UACC mode, the UACC CC# is shown for reference
– ADDED: UACC KS functionality added to switch articulations via velocity
– UPDATE: Keyswitches moved to the bottom of the keyboard and made consistent in each section
– UPDATE: Performance improvements under the hood.
– UPDATE: Completely reprogrammed dynamics and release logic
– FIX: Changing MIDI channel reinitialises CC sliders so that release samples do not disappear
– FIX: Loading a patch on MIDI channel ‘Omni’ correctly initialises CC sliders